1:57 AM The body of a murdered taxi-driver. It is believed that he was killed by a gang of juvenile motocyclists. On the night shift: Bangkok's body collectors. Paid per casualty, private ambulance crews race through the Thai capital on a nightly hunt for the injured and deceased. 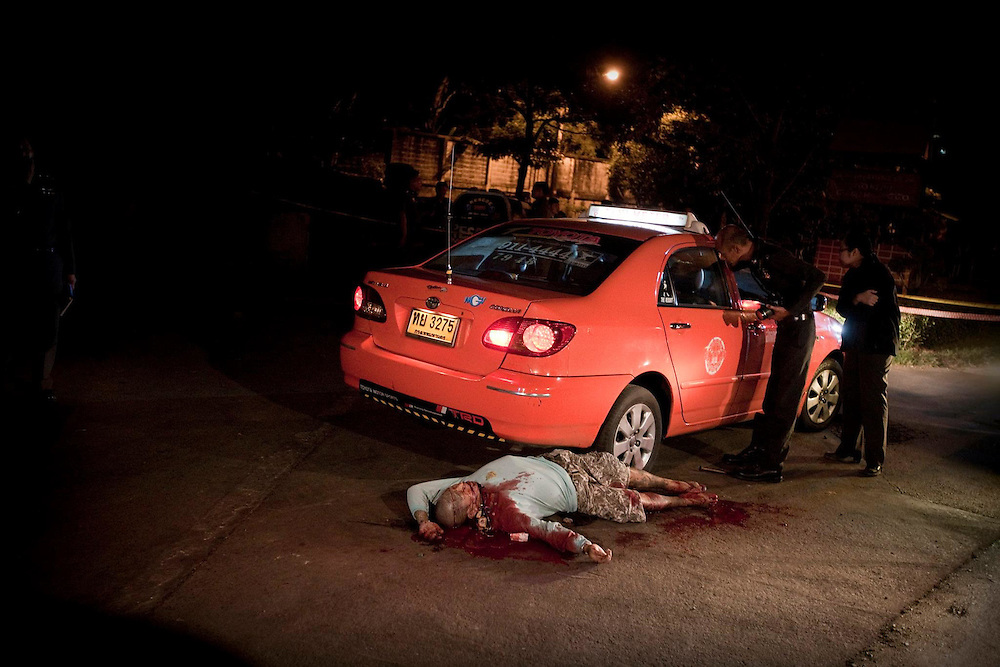