A woman from the ‚mul- ticolor-shirt‘ movement angrily protests against the blocade of Bangkok‘s business district, Silom Road, by the Redshirts. The Redshirt-movement faces resistance not only from the government but also from local residents, royalists and middle class people. For over two months, Thailand‘s capital was shaken by fierce and deadly cla- shes between protesters and security forces. The standoff has taken the lives of at least 89 people and left way more than 1,800 people injured so far. 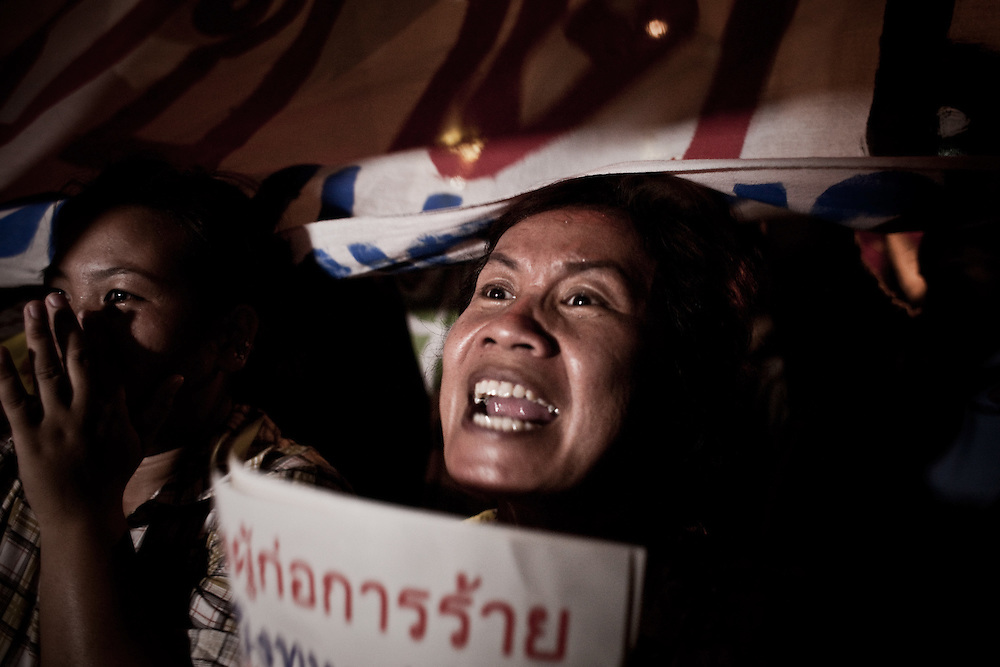