Street scenery in the urban village for migrant workers, Wuhan. Ye Mingfa and Ye Saiqin are a migratory couple, travelling from one building site to the next with their son. As so many others, both left the countryside, following the call from the cities to find work and escape the dullness of rural life. Mingfa has laboured at some of Beijing's largest construction sites and Saiquin worked in the factories of southern China. Today they mostly live in Wuhan, a megacity in Central China; four of them to a small room of 8 sqm, together with Saiquin's brother. Mingfa works mainly as a bricklayer at one of the many sites in the city. Saiquin looks after their two-year old son Wenjie. 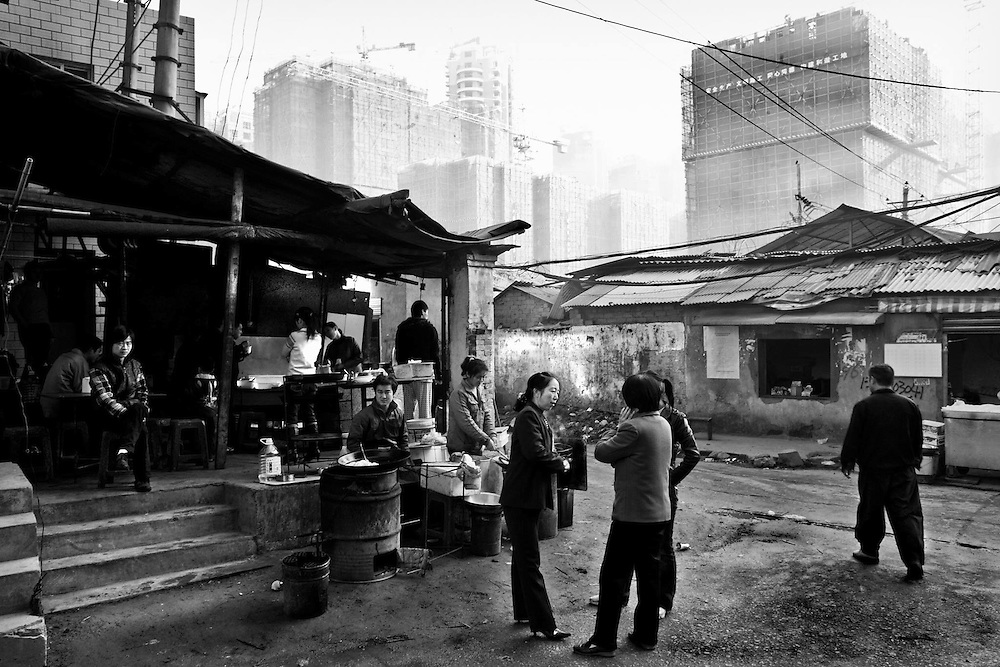