Battambang, badly injured woman after a deadly grenade attack on a karaoke stall. Decades after war, civil war and the terror regime of Pol Pot's Khmer Rouge an oppressed nation wants to get back to normal. 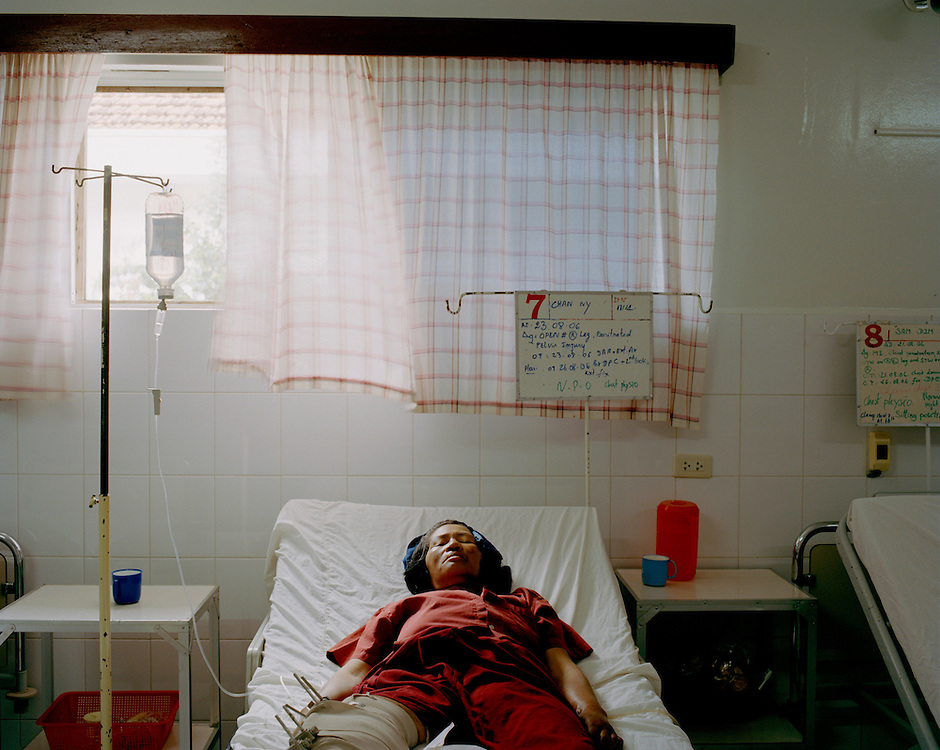