12:29 AM A young man who commited suicide, after he lost his job and his wife left him. His brother is grieving at the scene. On the night shift: Bangkok's body collectors. Paid per casualty, private ambulance crews race through the Thai capital on a nightly hunt for the injured and deceased. 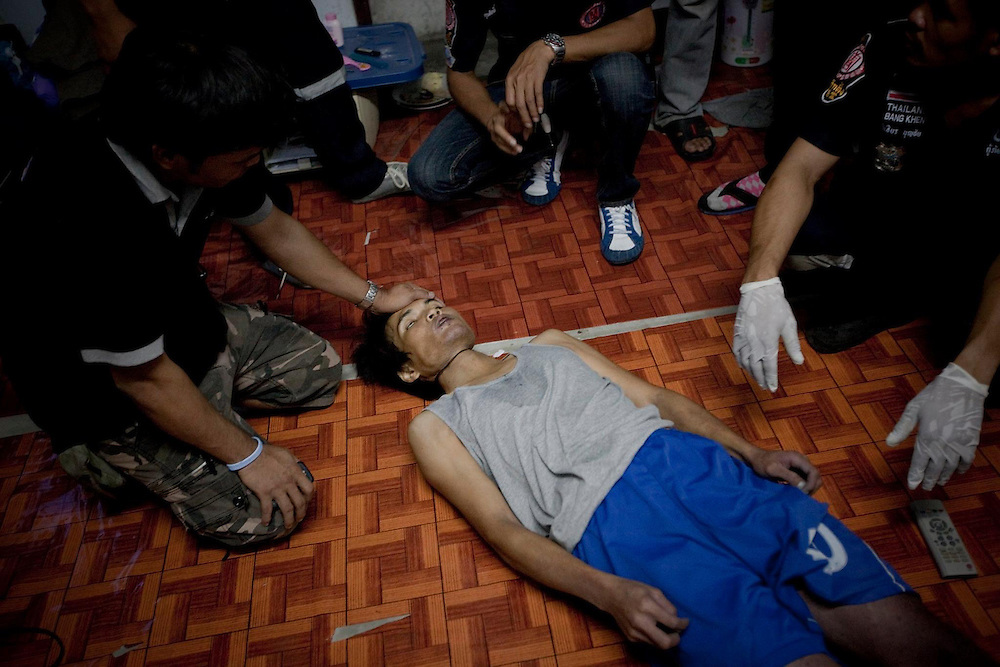