The father of Mr. Somchai, a taxidriver and Red-Shirt supporter, who was killed during the riots in Bangkok at Bon Kai intersection on May 16th. The father in front of their small house in Yasothoan province/ Ubon Ratchathani, the very North-East of Thai- land and the heartland of the Red-Shirt movement. For over two months, Thailand‘s capital was shaken by fierce and deadly clashes between protesters and security forces. The standoff has taken the lives of at least 89 people and left way more than 1,800 people injured so far. 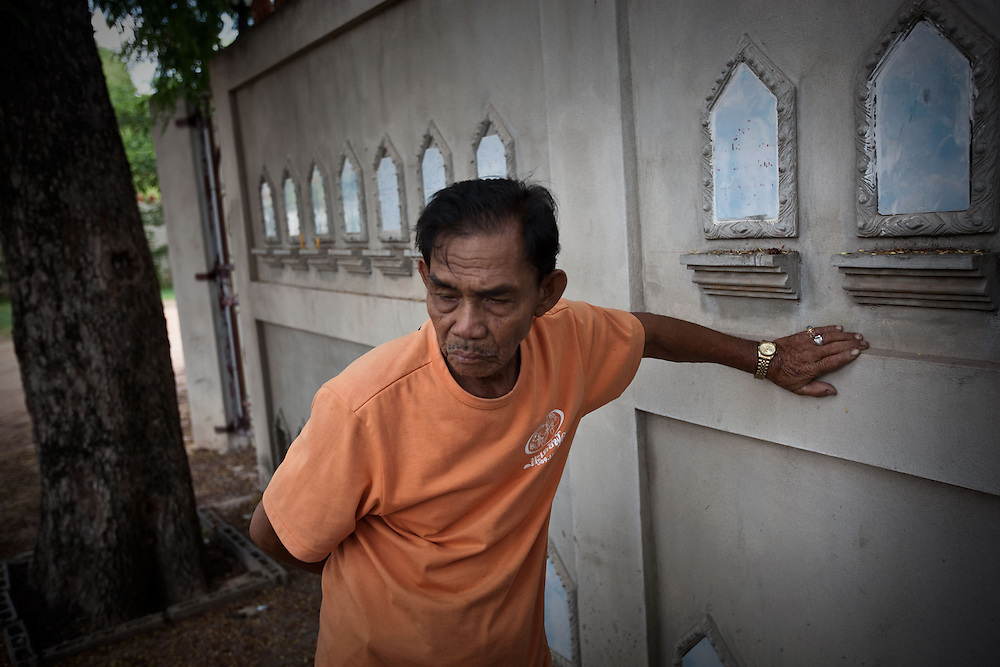