A young woman cooks at the side of a junkyard in Beijing. Around 200 million workers in China are on the 'tramp', erecting the country's shining metropolises as labourers and running the factories as shift workers.

China's exceptional growth would be inconceivable without this vast army of workers who form the backbone of the Chinese economic boom and are widely regarded as the largest migratory movement in the history of time. And yet theirs is a position on the fringes of society, often living and working in degrading conditions and segregated both socially and legally.

The 'Migrant Workers' photographic project aims to deal with the situation of these travelling labourers and their families. The main focus of the documentary however will not so much be laid on the conditions of their work, but rather on these people's private lives, their interpersonal relationships, the situation of their families left behind in the country, as well as their overall place in Chinese society.

Shedding light on the huge diversity of migrant workers in China, photographs will portray examples from all parts of the country and from a wide range of trades, ranging from the classical labourer at one of Shanghai's vast construction sites to the coalminers of the north and the shoe factory seamstresses in the south, all the way to the hostesses at the karaoke clubs in the country's new boomtowns, the chefs and waiters at the large Beijing restaurants and the domestic helpers employed by rich Hong Kong families. 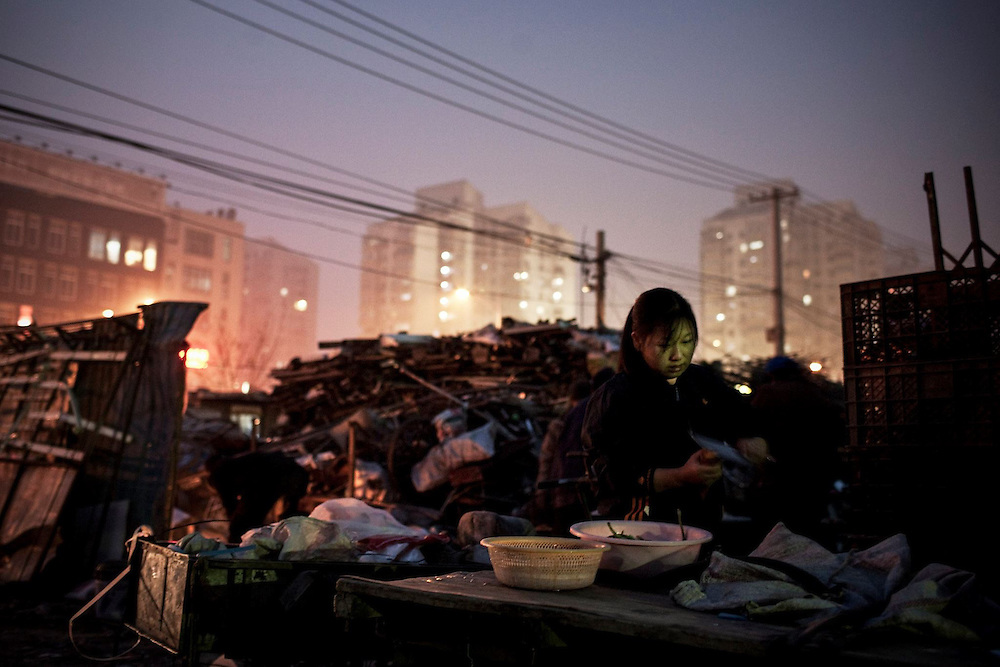