When night falls on the streets of Bangkok, spora- dic fighting breaks out in the city‘s business district. Soldiers are now being allowed to shoot live rounds in the air as well as at protesters, whom they con- sider being armed. „Live Fire Zones“ have been established by the govern- ment. For over two months, Thailand‘s capital was shaken by fierce and deadly clashes between protesters and security forces. The standoff has taken the lives of at least 89 people and left way more than 1,800 people injured so far. 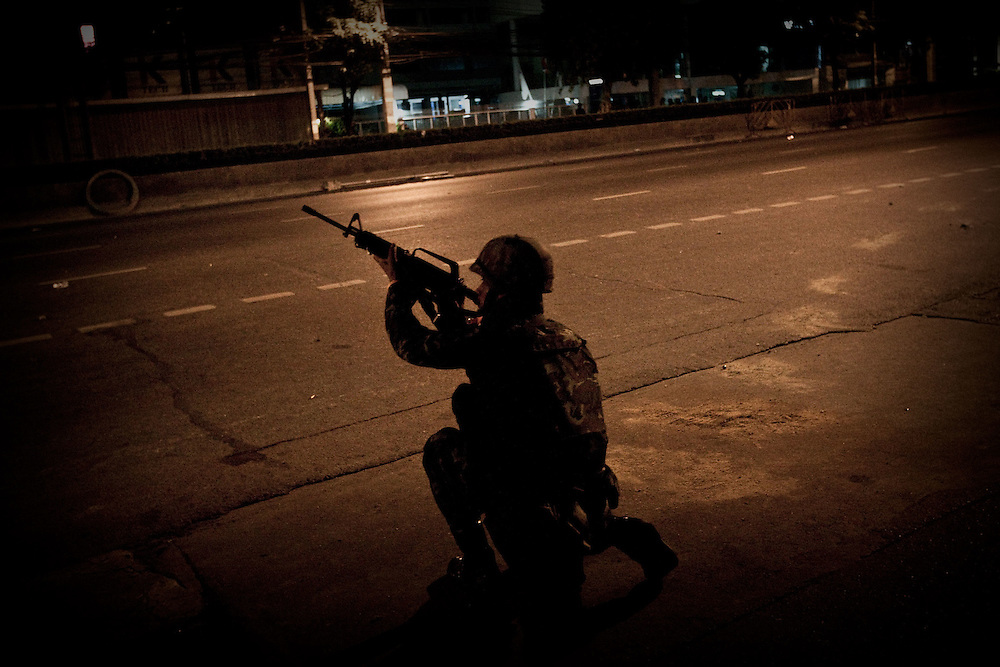