Troops try to take cover after another grenade ex- plosion. Five grenades exploded in the heart of Bangkok’s business dis- trict on the evening of April 22, killing at least one person and wound- ing 75, as rival groups of protesters demonstrated and shouted insults at one another across a makeshift barricade. Thailand‘s capital was shaken by fierce and deadly clashes between protesters and security forces. The standoff has taken the lives of at least 89 people and left way more than 1,800 people injured so far. 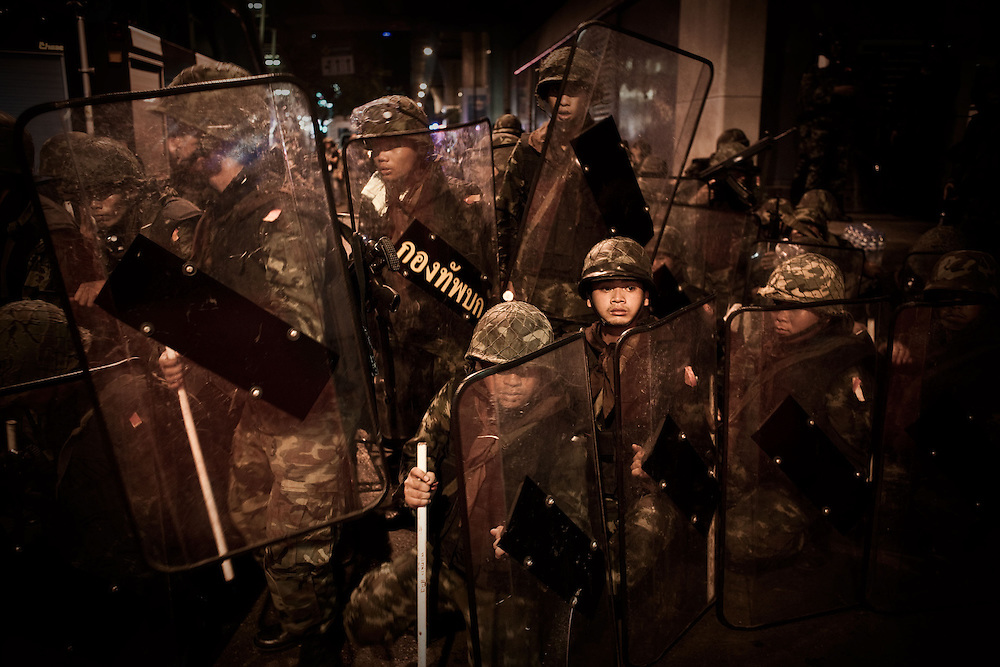