Nuon Chea "Brother Number Two", (most responsible senior Khmer Rouge official after Pol Pot "Brother Number One") in the living of his house at a very rare interview, held in december 2006, very next to the Thai boarder, in Phrum village, Pailin district, Cambodia 2006. Nuon Chea is now in detention at the ECCC in Phnom Penh (Extraordinary Chambers in the Courts of Cambodia) with other most responsible KR-senior officials : Ieng Sary, Ieng Tirith, Khieu Samphan, Kang Kek Iev (aka Douch). Decades after war, civil war and the terror regime of Pol Pot's Khmer Rouge an oppressed nation wants to get back to normal. 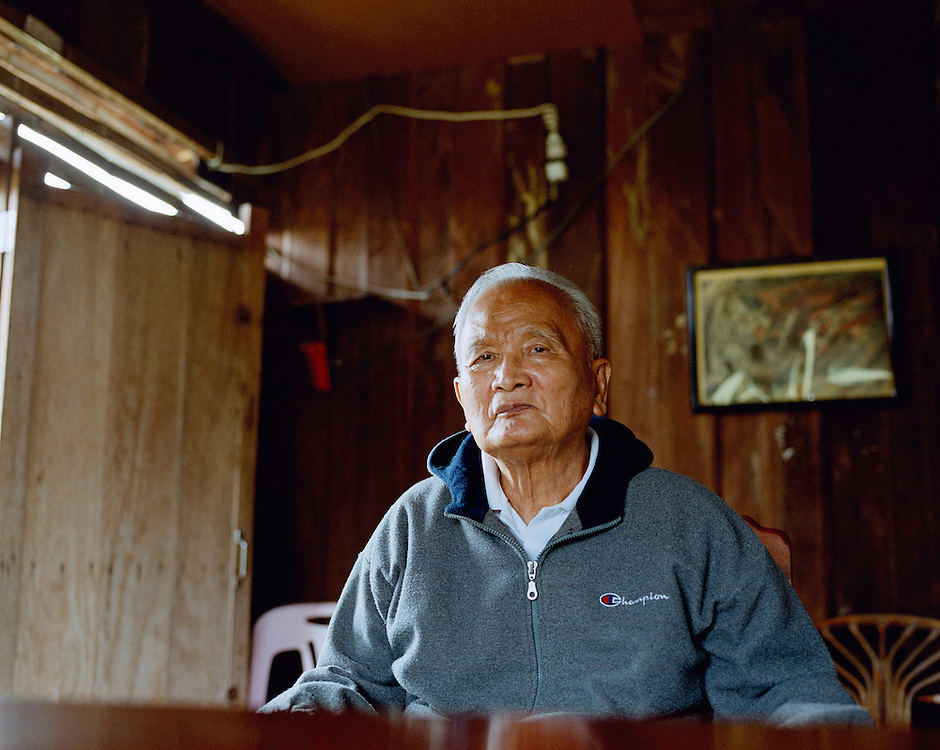